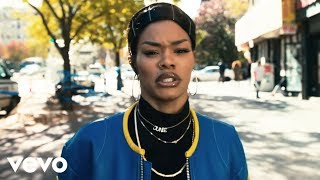 Teyana Taylor is back with another release for our listening pleasure, and this one is accompanied with self-directed visuals. The new single titled "Gonna Love Me (Remix)" features verses by legendary Wu-Tang members Ghostface Killah, Method Man and Raekwon, along with video cameos by Ghostface and Method Man. The video for the original version of the single, which is from Taylor's Kanye West-produced LP "K.T.S.E.", was released last month with behind-the-scenes footage chro

On the Radar: MAJESTIC & P80 - Without You (Prod. PDUB THE PRODUCER)

The first single, for any artist, can make or break an emerging career. However, for up-and-coming Toronto-based R&B singer/songwriter M
1
2

ON THE RADAR: Reeko Rieffe - NO IDEA [VIDEO]

ON THE RADAR: Sojiii - Tombo [VIDEO]

The Power of Positive Messaging: 2017 SuperModel Canada Winner, Nini Amerlise, Paves Her Own Lane on

On the Radar: MAJESTIC & P80 - Without You (Prod. PDUB THE PRODUCER)

When Preparation Meets Opportunity: 5 Benefits of Being Equipped to Follow Through

ON THE RADAR: Strength & Dignity Apparel is Empowering Women to Be Bold and In Style Every Season

ON THE RADAR: Reeko Rieffe - NO IDEA [VIDEO]

ON THE RADAR: Melanin in the Park [EVENTS]

ON THE RADAR: Sojiii - Tombo [VIDEO]

ON THE RADAR: Amaal - Not What I Thought [VIDEO]

JOIN US ON SOCIAL MEDIA